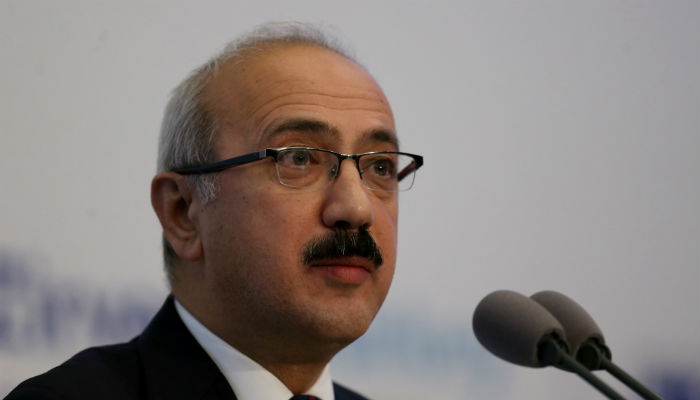 Turkish Minister of Development Lütfi Elvan has said as much as 90 to 95 percent of the Turkish nation approves of a constitutional reform package that introduces an executive presidency in Turkey and will be put to a public vote in April.

Speaking to the Doğan news agency after visiting some shop owners in the southeastern province of Şanlıurfa on Saturday, Elvan said: “I visited Şanlıurfa shop owners. Our citizens know nothing other than [saying] ‘yes’ in the referendum.”

Elvan said the people he spoke to gave him a very important message. “I have seen a very high percentage of ‘yes’ voters. It is around 90-95 percent, could be 85 percent, too. It is so good that all our citizens say ‘yes’.”

The ruling Justice and Development Party (AKP), backed by the Nationalist Movement Party (MHP), pushed through the legislation that President Recep Tayyip Erdoğan says will bring the strong leadership needed to prevent a return of the fragile coalition governments of the past.