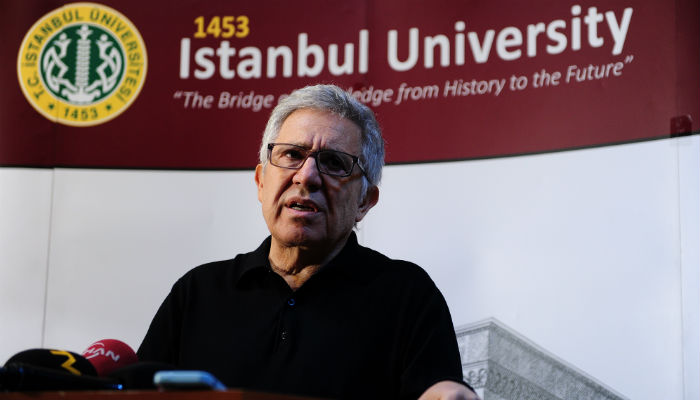 Famous leftist Turkish singer and writer Zülfü Livaneli has said the intellectuals in Turkey today are very much like the intellectuals of Nazi Germany as they are forced to side with the government or face retribution in a variety of forms.

In an interview published by the Cumhuriyet daily on Sunday, Livaneli said: “Some of the intellectuals [in Turkey] are resisting [government pressure]; some of them get along with the regime to be able to continue their jobs; and some of them just keep silent and turn a blind eye [to what is happening in the country].”

There are many intellectuals, journalists and academics in Turkey who face charges of insulting the president or government officials just because of their critical views. Dozens of intellectuals have lost their jobs as academics or journalists, while many of them have been jailed simply because they did not agree with government policies and publicly criticized them.

When asked about Turkish authorities’ prohibiting the banners of his latest novel, titled “Huzursuzluk” (Restlessness), due to a state of emergency in the country that was imposed in the aftermath of a coup attempt on July 15, Livaneli said the ban on the banners of his novel is not very important when Turkey is suffering from so many problems.

“Yet, banning the banner of a book today means banning books tomorrow. By not allowing those banners, they [the authorities] wanted to tell people that they are at peace [not restless]. It is very obvious where we are heading step by step,” explained Livaneli.