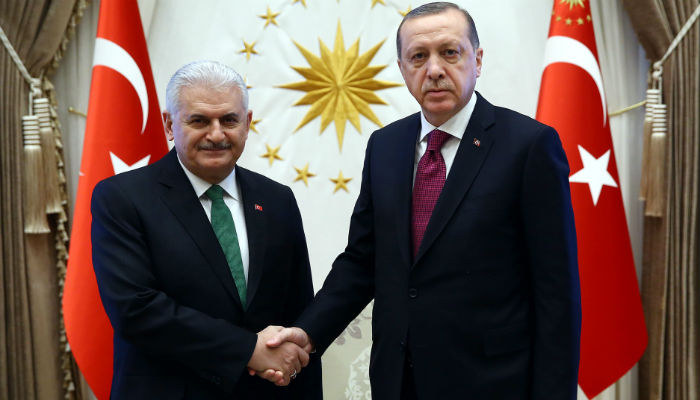 The meeting was closed to the press.

Erdoğan and Yıldırım were expected to discuss issues such as a referendum to be held soon on a constitutional reform package introducing an executive presidency in Turkey and the fight against terrorism.

The two leaders had another unexpected meeting at Erdoğan’s presidential palace in Ankara on Wednesday. The meeting lasted for three hours.