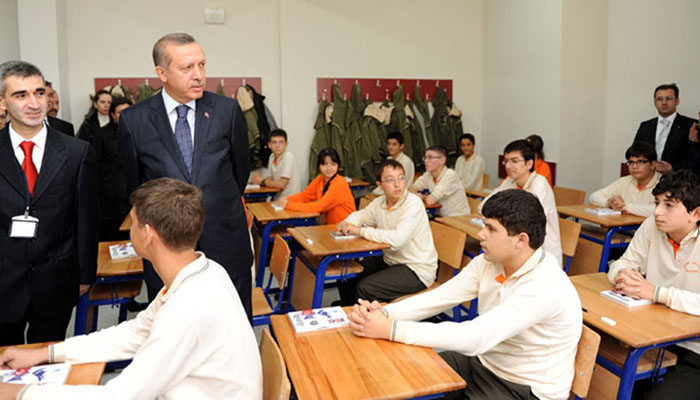 Turkey’s Education Ministry, in cooperation with the Language and Literature Association and the Turkish Language Council (TDK), is promising the top prize of joining President Recep Tayyip Erdoğan on one of his overseas trips to the winner of a poetry and story writing competition on Turkey’s coup history.

The competition is open to all high school students across the country.

The winner will receive TL 15,000 and have a chance to accompany Erdoğan on a foreign trip.

The award ceremony will reportedly be held at the lavish presidential palace in July.

Turkey experienced a military coup attempt on July 15 of last year that killed over 240 people and wounded more than a thousand others. Immediately after the putsch, the Justice and Development Party (AKP) government along with President Erdoğan pinned the blame on the Gülen movement despite the lack of any evidence to that effect. (Turkey Purge)