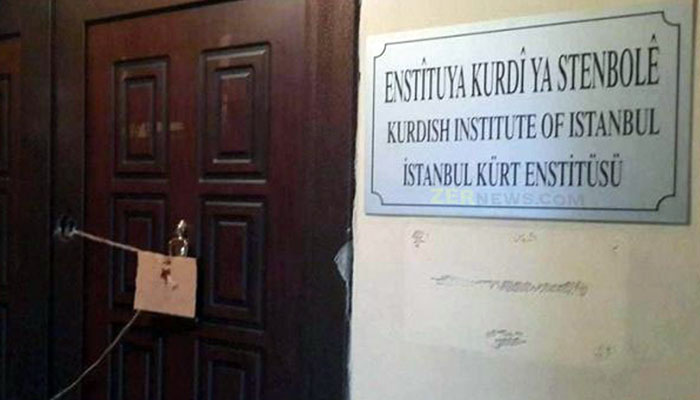 Turkey’s Saving Deposit Insurance Fund (TMSF) on Tuesday seized the assets of the Kurdish Institute of İstanbul, which was closed down by a government decree in December 2016.

The Kurdish Institute of İstanbul, which was founded by prominent Kurdish intellectuals including Musa Anter, Feqî Hüseyin Sağnıç and Cemşîd Bender on April 18, 1992 and conducted research on Kurdish language, culture and literature, was closed by government decree No. 652 issued on Dec. 31 of last year.

Turkish police raided the Kurdish Institute of İstanbul and sealed off its offices on Dec. 31 after the Interior Ministry announced the suspension of the activities of 94 associations in accordance with a decree issued under a state of emergency declared following a failed military coup on July 15, 2016.