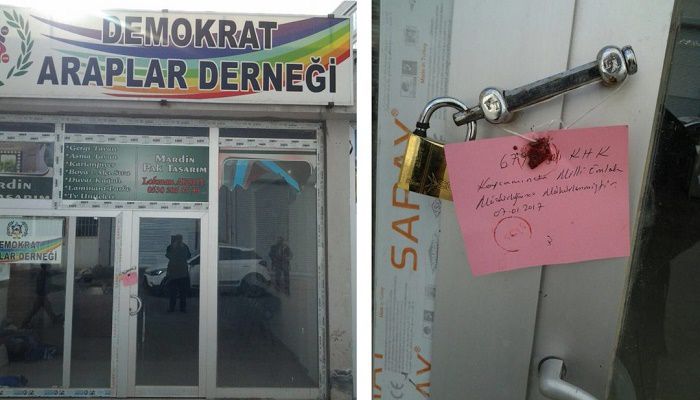 Turkish police on Monday sealed off the building of the Democratic Arabs Association in the southeastern province of Mardin which was closed down by a recent government decree after prosecutors claimed that they were linked to terrorist organizations or groups deemed to be acting against “national interests.”

Eighty-three associations and foundations in 20 provinces were closed down by three government decrees on Jan. 6.