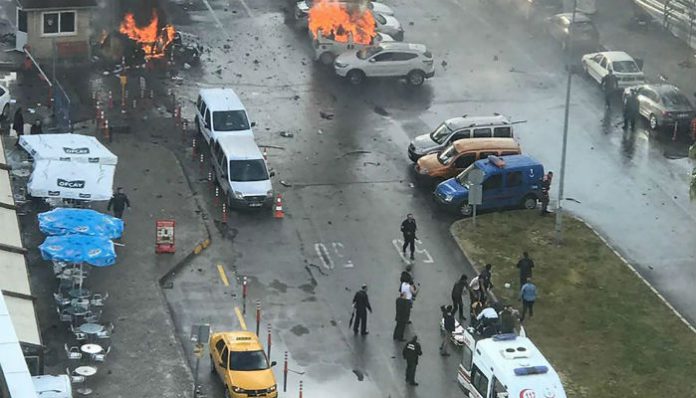 The Kurdistan Freedom Hawks (TAK), an offshoot of the terrorist Kurdistan Workers’ Party (PKK), on Wednesday claimed responsibility for a car bomb attack in the western province of İzmir last week that killed two people.

A car bomb attack near a courthouse in İzmir claimed the lives of one police officer and one courthouse employee and injured several others on Jan. 5.

Turkey faces multiple security threats. It has been hit by a series of bombings over the past 18 months, some of them blamed on the Islamic State in Iraq and the Levant (ISIL), others on the PKK.