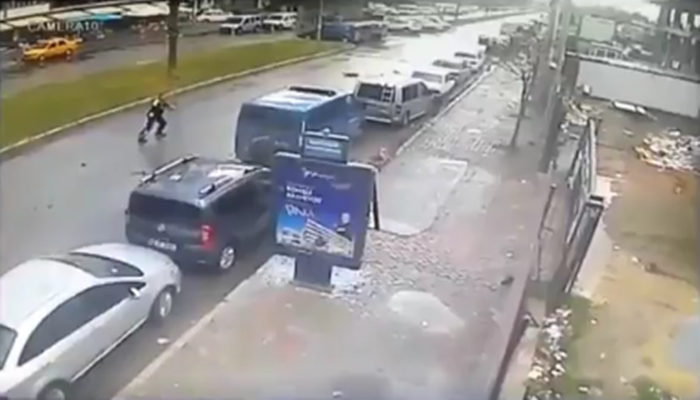 Videos shared on social media show a gunfight between police and terrorists  immediately after a car bomb attack in İzmir on Thursday.

A police officer and a courthouse employee were killed and seven others were injured in a car bomb attack near a courthouse in the Aegean coastal city of İzmir on Thursday.

Turkish police teams shot dead two suspected attackers and were searching for a third after the attack.

Turkey faces multiple security threats. It has been hit by a series of bombings over the past 18 months, some of them blamed on the Islamic State in Iraq and the Levant (ISIL), others on the PKK.

The Kurdistan Freedom Hawks (TAK), an offshoot of the PKK, last month claimed responsibility for two attacks in İstanbul and İzmir that killed around 60 people.