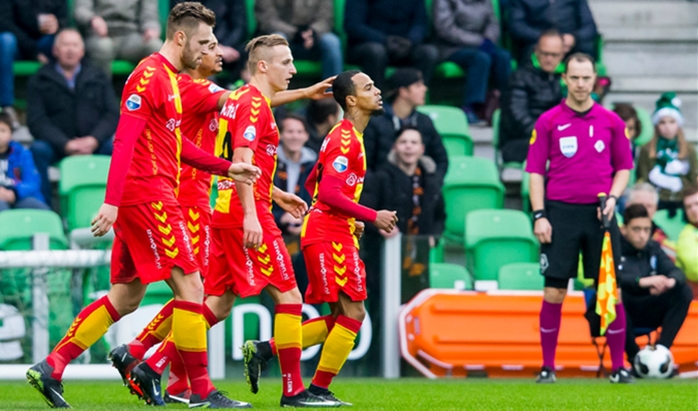 Dutch soccer team Go Ahead Eagles has canceled its football camp in the town of Belek in Turkey’s Antalya province due to recent terror attacks in the country, the team announced on Twitter on Thursday.

The friendly planned for Jan. 8 in Antalya between the Go Ahead Eagles and Turkish football team Fenerbahçe was also canceled because of the decision on the camp, NTV reported on Thursday. 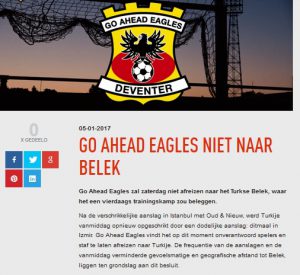 Two people were killed and at least seven others were injured in a car bomb attack near a courthouse in the Aegean coastal city of İzmir on Thursday.

Thirty-nine people were murdered in an İstanbul nightclub in the early hours of New Year’s Day. The Islamic State in Iraq and the Levant (ISIL) claimed responsibility.

Forty-six people died in twin bomb attacks near a stadium in İstanbul on Dec. 10. The Kurdistan Freedom Hawks (TAK), an offshoot of the terrorist Kurdistan Workers’ Party (PKK), has claimed responsibility.