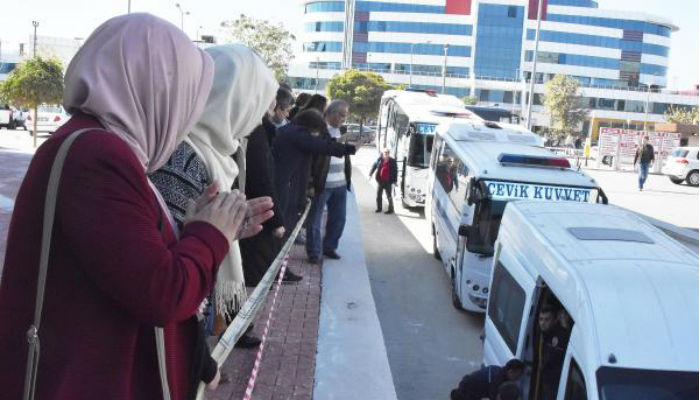 Detention warrants were issued for the wives of 105 military officers as part of an investigation into the Gülen movement, which the government accuses of masterminding a coup attempt on July 15.

Police were ordered to carry out operations in 31 provinces. Suspects included the wives of 40 majors, 40 lieutenants, 14 lieutenant colonels, 14 first lieutenants and two colonels.

Turkish media reported that the 105 military officers were already in jail on coup charges. The 105 women, among them teachers, academics, sociologists and many other public servants, are accused of cheating in a countrywide exam popularly known as the KPSS to qualify for public jobs in 2010 as well as facing other allegations, including having deposited money in Bank Asya, which operated as an Islamic lender until it was confiscated by the government over ties to the movement last year.

Turkey survived a military coup attempt on July 15 that killed over 240 people and wounded more than a thousand others. Immediately after the putsch, the government along with President Recep Tayyip Erdoğan pinned the blame on the Gülen movement, inspired by Fethullah Gülen. The movement strongly denies any involvement in the coup attempt.

The government has already detained 80,000 people and arrested 40,000 over alleged or real links to the movement. Meanwhile, 120,000 people have lost their jobs with most of them being state positions since July 15. (TurkeyPurge)