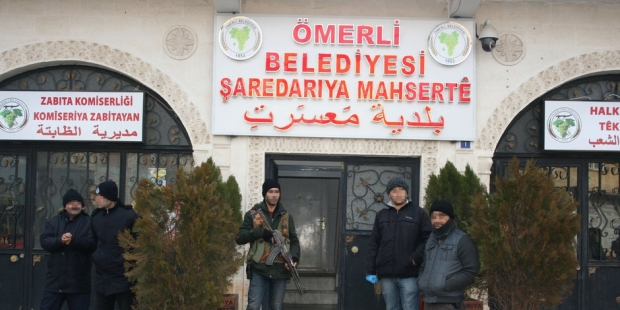 Four people, including the Ömerli district mayor, in the southeastern province of Mardin who were recently detained in connection to an attack on the Ömerli Gendarmerie Command have been arrested.

Ömerli Mayor Süleyman Tekin and three other people were detained on Dec. 27 as part of an investigation conducted by the Ömerli Chief Public Prosecutor’s Office into a car bomb attack on the Ömerli Gendarmerie Command in June 2016. They are accused of membership in a terror organization.

The attack, which was perpetrated by the terrorist Kurdistan Workers’ Party (PKK), killed a truck driver and injured 16, some of whom were soldiers.