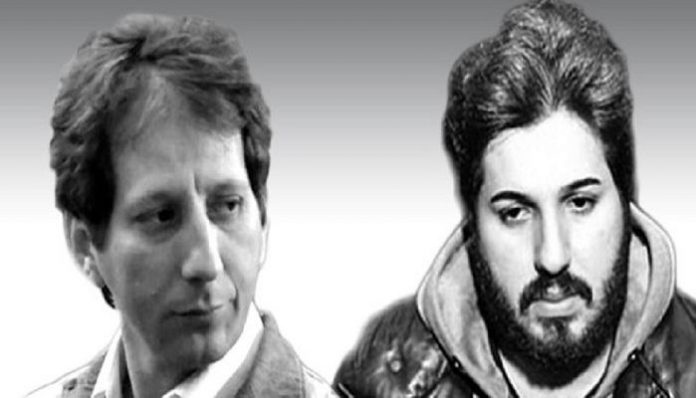 Iranian President Hassan Rouhani on Wednesday criticized the judiciary for not revealing the local and international connections of Iranian businessman Babak Zanjani, whose death sentence for conviction of graft was upheld by the Iranian Supreme Court on Dec. 4, in order to halt corruption and mismanagement in state mechanisms.

Addressing government officials at a meeting in Tehran on Wednesday, Rouhani said that despite the court upholding Zanjani’s death sentence, his corruption still manages to appear in the media.

“The public is awaiting persuasive answers to many questions about the judiciary’s handling of the corruption. Mr. Zanjani has received a sentence, but the question that still should be answered is why an individual should be allowed such a scope of operations and the opportunity to have access to and handle huge sums of money without any special government affiliation, just by virtue of being linked to some important officials in the government. The stolen money should be returned to the public purse; this is a public demand that should be addressed above all other considerations,” the Mehr News Agency quoted Rouhani as saying.

He also added that “either the laws in place should be seriously reviewed to make them more effective, or the bodies and organizations responsible for executing the law are lax enough to allow and tolerate the amazing scope of the mismanagement and corruption.”

In March of this year an Iranian court sentenced Zanjani, an alleged partner of Iranian-Turkish businessman Reza Zarrab, a key figure in a major corruption probe in Turkey in 2013, to death on accusations of corruption totaling billions of dollars.

Zanjani, believed to be the richest man in Iran with reportedly $14 billion in assets, was also accused by the Council of the European Union in 2012 of violating EU economic sanctions on Iran by facilitating oil deals through an international network of companies, charges that Zanjani denied.

He is known for helping the Iranian government evade the Western sanctions that were imposed on the country over its disputed nuclear program. In August Amir Abbas Soltani, a member of Iran’s special parliamentary committee investigating Zanjani’s case, told the media they had obtained information that a great amount of Zanjani’s money was in Turkey and managed by Zarrab, who was arrested in Miami in March for violating US sanctions on Iran and remains in a New York jail pending trial, scheduled for October 2017.

When a series of corruption investigations in Turkey went public on Dec. 17, 2013, Zarrab and several senior government officials were implicated in bribery and abuse of power while in office.