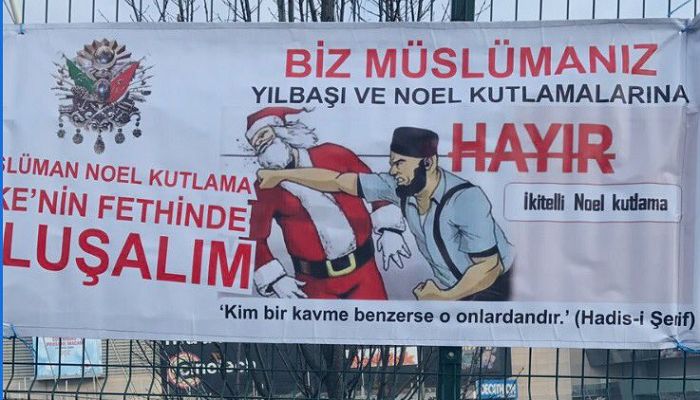 A banner believed to have been hung on a street in İstanbul’s İkitelli district that shows a man with a Muslim cap and beard punching Santa and suggesting Muslims not take part in Christmas and New Year’s celebrations has drawn ire among Twitter users.

A Twitter account under the pseudonym of TurkeyUntold said: “[Turkish President] Erdoğan’s policy of intolerance in one banner that has been seen in İstanbul: We are Muslims. No to Christmas & New Year’s Eve celebrations.”

Several other Twitter users also mocked the banner, saying those who hung it don’t even know the difference between New Year’s and Christmas celebrations.