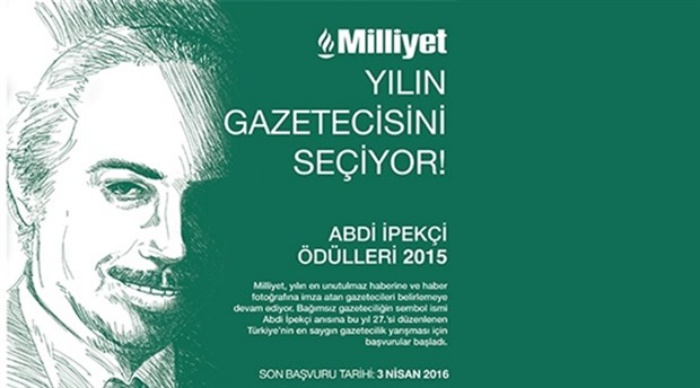 The owner of one of Turkey’s oldest newspapers, the Milliyet daily, has cancelled a media award that has been bestowed annually to commemorate the newspaper’s late editor-in-chief, Abdi İpekçi.

İpekçi was assassinated back in 1979, a time when tensions were high in the country due to extreme polarization between right and left-wing politics. A prestigious media award was created in his name and has been given out for the last 27 years. Although a jury composed of Turkish journalists determined the winner of the award in April, the current owner of the Milliyet daily, the Demirören family, cited a coup attempt on July 15 as the reason for cancelling the award ceremony.

Hürriyet reporter İdris Emen was supposed to receive the Abdi İpekçi Award this year for stories on the negligence of the state vis-à-vis Islamic State in Iraq and the Levant (ISIL) activities in Turkey, but the Demirören family reportedly did not find holding an award ceremony “appropriate,” although it has been months since the failed coup. The Demirören family is known for its close ties to the government and for turning Milliyet into a pro-government newspaper. Family head industrialist Erdoğan Demirören was severely reprimanded by then-Prime Minister Recep Tayyip Erdoğan for a story that appeared in Milliyet based on a leaked phone conversation between the two men. The owner of Milliyet was heard crying after Erdoğan lashed out at him.