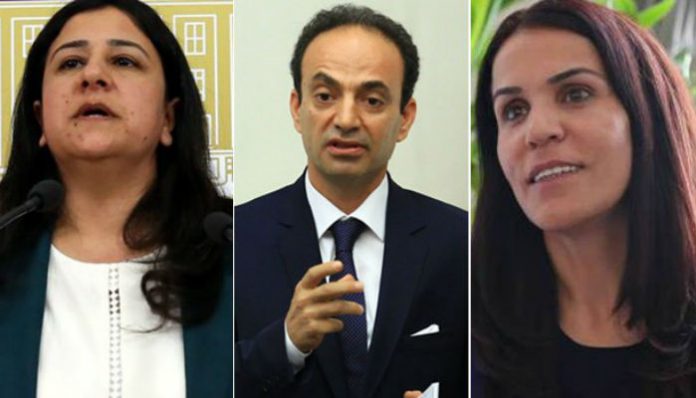 A Diyarbakır court hearing a trial involving the Kurdistan Communities Union (KCK) ruled on Tuesday that eight deputies from the pro-Kurdish Peoples’ Democratic Party (HDP) be brought to court under police escort to testify.

Irmak is already in jail. She was among 10 HDP deputies arrested last month on the grounds that they refused to testify to a court as part of a terrorism probe.

The latest hearing of the KCK trial was held at the Diyarbakır 2nd High Criminal Court on Tuesday. As many as 192 Kurdish politicians are facing terrorism charges in the trial.

As the eight HDP deputies failed to attend Tuesday’s hearing, the court ruled that they be brought to court under police escort.

Since these politicians obtained parliamentary immunity after they were elected to Parliament in last year’s general elections, they have not testified to a prosecutor as part of the investigation into the KCK, which prosecutors say is an umbrella organization encompassing the terrorist Kurdistan Workers’ Party (PKK).

Following their election to Parliament, the probe against these figures was halted and their dossier was separated from the KCK case. However, the investigation against the deputies resumed after a law lifting the immunity of lawmakers who are under investigation came into force in June.