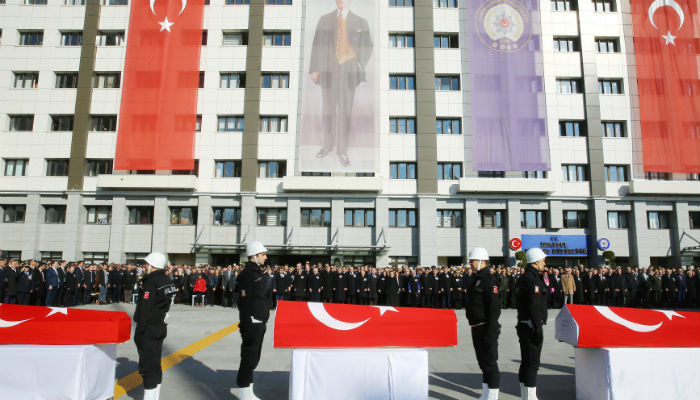 A funeral ceremony was held on Sunday for five of at least 30 police officers who were killed in twin terrorist attacks outside a football stadium in İstanbul’s Beşiktaş neighborhood on Saturday.

The explosions, triggered by a car and a suicide bomber less than one minute apart, struck outside Beşiktaş’s stadium less than two hours after a match had finished on Saturday evening. The attacks claimed the lives of a total of 38 people and injured 166 others.

Delivering a speech at the ceremony, Interior Minister Süleyman Soylu said the first and most important job of Turkish security forces is from now on to take revenge on the perpetrators of the terrorist attacks on Saturday.

Officials said the attack was believed to have been orchestrated by the outlawed Kurdistan Workers’ Party (PKK) and that 13 people had been detained overnight.