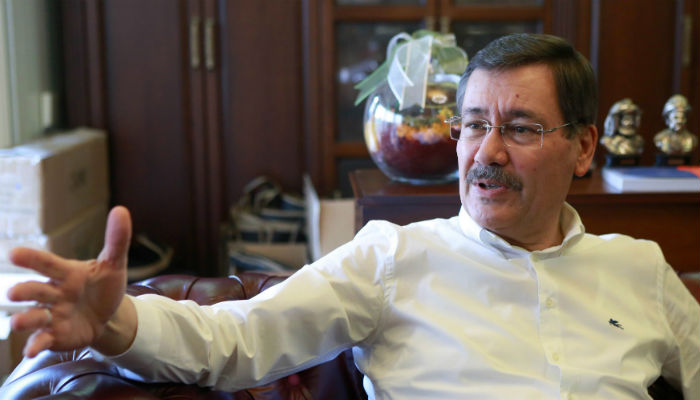 Ankara Mayor Melih Gökçek, notorious for his controversial statements, has attracted widespread criticism due to his remarks about God protecting President Recep Tayyip Erdoğan, himself and government ministers in the aftermath of twin bomb attacks in İstanbul on Saturday night.

The explosions, triggered by a car and a suicide bomber less than one minute apart, struck outside Beşiktaş’s stadium less than two hours after a match had finished on Saturday evening. The attacks claimed the lives of a total of 38 people and injured 166 others.

In remarks made to a program on the pro-government Beyaz TV channel on Saturday night, Gökçek said: “God is protecting Tayyip Erdoğan. I hope he will do so. Look, on the night of the coup attempt [on July 15], they [coup perpetrators] fail to capture our president just because they were five minutes late. I know this also for myself. They could not capture me because they were 30 minutes late. Not even a single minister could be arrested [by the coup plotters]. This is not because of our skills or power. This happens because of God’s protection.”

Turkey survived a military coup attempt on July 15 that claimed the lives of 240 people and injured a thousand others. The coup plotters did not arrest Erdoğan or any other government official but opened fire on people who took to the streets upon a call from Erdoğan.