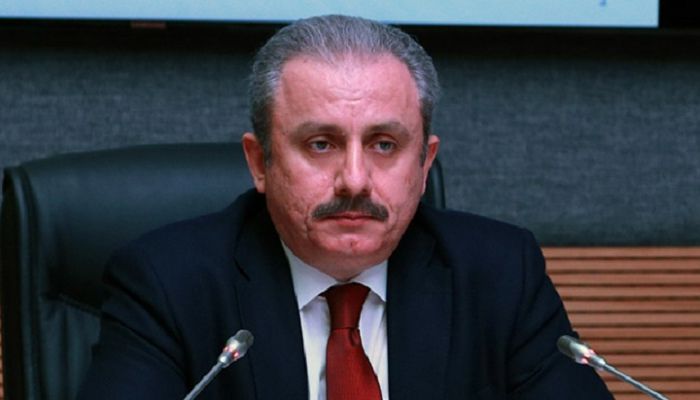 Mustafa Şentop, head of the parliamentary Constitution Commission and ruling Justice and Development Party (AKP) İstanbul deputy, said on Monday that the AKP would bring a proposal to Parliament to amend the constitution in the next 15 days.

Speaking during a conference at Namık Kemal University in Tekirdağ on Monday, Şentop said Turkey is still being ruled by a constitution that was drafted in 1982 by a military junta regime.

“We will propose the amendment to Parliament in a maximum 15 days. Following parliamentary procedures, it will be brought to a public vote in a referendum during the spring months,” he said.

Turkey’s ruling AKP and President Recep Tayyip Erdoğan strongly support a switch to a presidential system of governance in Turkey. Yet critics say he wants a “Turkish style” executive presidency without checks and balances, one that is aimed at creating one-man rule. AKP officials have said they will soon bring a proposal for a change to the presidential system to Parliament’s agenda.

Late in October, Prime Minister Binali Yıldırım announced that his government had completed work on a change to a presidential system of governance in Turkey and would take a proposal to Parliament as soon as possible. Nationalist Movement Party (MHP) leader Devlet Bahçeli had sparked a fresh debate over the introduction of an executive presidency when he said President Recep Tayyip Erdoğan was already acting like an executive president although his post is largely ceremonial.