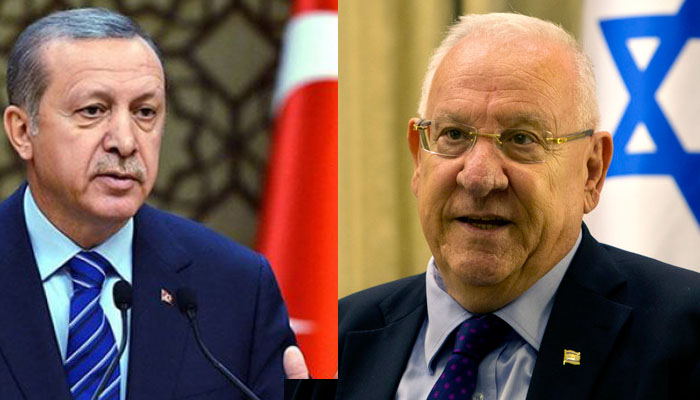 Turkish President Recep Tayyip Erdoğan said on Monday that the normalization of relations between Israel and Turkey is important for the entire region.

According to a statement by the Israeli presidential press office, Erdoğan stressed the importance of normalization between Israel and Turkey in a phone conversation with Israeli President Reuven Rivlin on Sunday.

The phone conversation was initiated by Israel to thank Turkey for sending firefighting aircraft to Israel to combat fires that raged across Israel last week.

Underlining that the relations between Turkey and Israel were being renewed, Erdoğan said that a new Turkish ambassador would soon begin his posting.

“I know that we can keep working together in the domain of natural gas and that the conversations between our energy ministries will bear fruit,” Erdoğan told Rivlin

“I want to thank you from the bottom of our hearts for your decision to send us help when we needed it in fighting the fires. With their brave hearts and abilities, your pilots assisted us greatly,” Rivlin told Erdoğan.

A strong wind whipped up forest and bush fires across Israel and the West Bank on Nov. 24, causing the worst rash of fires since 2010, when the country suffered the single deadliest wildfire in its history.