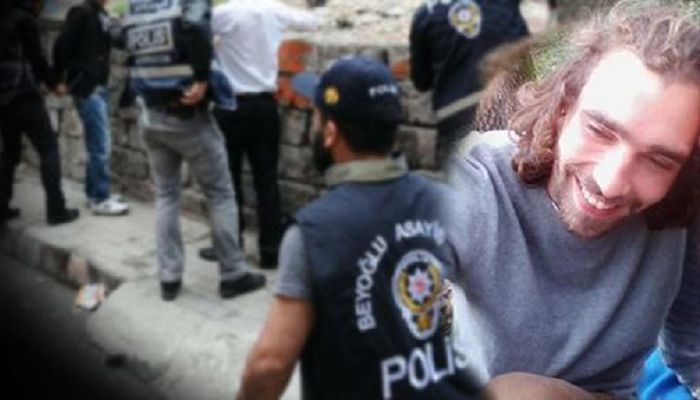 A German tourist, Leonard Viohl, who hung posters calling for the release of Kurdish opposition leader Selahattin Demirtaş, was subjected to verbal and physical abuse by Turkish police on Nov. 4, the night of Demirtaş’s detention, the Bianet news portal reported on Tuesday.

According to Bianet, plainclothes police officers approached Viohl after he pasted some posters on walls in İstanbul’s Tarlabaşı neighborhood that read: “Free Demirtaş.” The police officers reportedly began to hit and swear at Viohl after they found one of the posters in his pocket. They also accused the tourist of being a terrorist and an agent.

Co-chairperson of the pro-Kurdish Peoples’ Democratic Party (HDP) Selahattin Demirtaş along with the party’s other Co-chair Figen Yüksekdağ and eight other deputies were arrested earlier this month over terrorism charges.

The following audio was recorded by Viohl while he was subjected to the police violence in a police station during he was briefly detained.