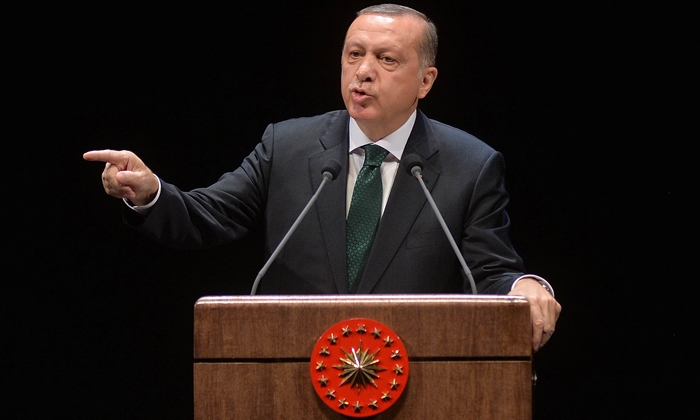 President Recep Tayyip Erdoğan said shop owners in Turkey’s Southeast who are closing their stores due to threats from the outlawed Kurdistan Workers’ Party (PKK) will pay the price for this act.

“There will not be any southeastern locals who close down their stores when asked to. If they do this, they will pay the price. There is no such thing as ‘They [the PKK] threatened us and we acted accordingly’,” Erdoğan said while speaking at a conference at his presidential palace in Ankara on Tuesday.

From time to time, shop owners in southeastern Turkey close their stores because the PKK, which has been waging a bloody war in Turkey’s southeast since 1984, order them to do so as an act of protest against the government.

The Turkish government recently stepped up its crackdown on Kurdish politicians, arresting 10 deputies from the pro-Kurdish Peoples’ Democratic Party (HDP) as well as dozens of local politicians. The government has also appointed trustees to dozens of municipalities in the country’s predominantly Kurdish Southeast.