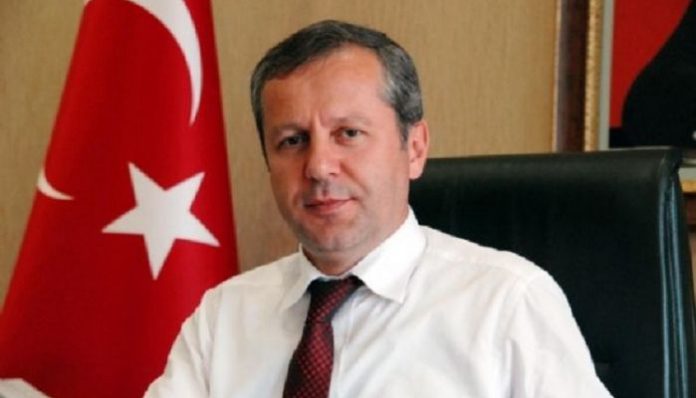 “My husband has cancer and needs special treatment. It is unlikely that he can get that under his current poor prison conditions. Please hear my voice. Anyone who has a conscience! Please help me and my husband. Please help us before it’s too late!” reads a letter sent to Turkey Purge by the wife of a former Ankara chief prosecutor.

She is now among hundreds of thousands of people who find themselves facing tremendous difficulties after the government started a desperate crackdown on the Gülen movement in the aftermath of a July 15 coup attempt.

What follows is the full text of the letter submitted by the prosecutor’s wife.

“… My husband, İbrahim Ethem Kuriş, is a well-known prosecutor in Turkey. He has always been very good at his job and therefore advanced quickly in his career. In his initial years, the Supreme Board of Judges and Prosecutors [HSYK] appointed him as chief prosecutor in Tunceli and then Sinop. Thanks to his “Awarded Prison Project” in Sinop, he attracted the media’s attention. Even though he was younger than many of his colleagues, he was appointed to İstanbul’s Sarıyer district as chief prosecutor. The first elected HSYK appointed him as chief prosecutor in the capital, Ankara, in 2011. He oversaw many important cases in Ankara, including the pro-gov’t Deniz Feneri Association corruption and the Feb 28th post-modern military coup, which involved many politicians, bureaucrats and military officers. He was later appointed as Antalya chief prosecutor. That was his first lower-level assignment. Following the Dec. 17 and 25, 2014 [corruption probes], investigations that revealed the biggest corruption and bribery scandal in the history of the republic, the HSYK was redesigned by the ruling party and my husband was targeted again. He was sent to Sakarya as a prosecutor.

Because of unprecedented pressure on him, he developed cancer. He had surgery and is still undergoing chemotherapy. He has lost a lot of weight and has become weak because of disease. Doctors prescribed very precise treatment that requires a special diet. He must follow this advice carefully; otherwise, he could lose his eyesight. Unfortunately, he has already lost 95 percent vision in his right eye.

He needs special treatment for his eyes as well. During his treatment, he was detained over alleged involvement in the failed military coup attempt of July 15. He was the prosecutor who oversaw the Feb 28 post-modern military coup case. And now he is being accused of a similar crime.

He was too weak to even go outside, and he is now accused of trying to overthrow the government. As I said, he had previously been targeted by the AKP government, and Doğu Perincek supporters because of the Deniz Feneri and Feb 28th cases. His detention is revenge by members of the pro-government judiciary.

During the first two days of detention, he was not allowed to see his attorney or family members. He was staying on the fifth basement level of the courthouse. He was forced to sleep on the floor, and this made his health worse. In addition, he waited for three days for his preliminary trial. Then he was arrested and sent to İstanbul Silivri Prison. All his assets have been confiscated, which is also a kind of punishment not only for him, but also for me and our children. He was dismissed from his position. Therefore, we lost our only income.

He was held in a room with other 21 prisoners for 45 days. Then, he was put in solitary confinement. He was left to die in jail. He has cancer and needs special treatment. It is unlikely that he can have that under his current poor prison conditions. Please hear my voice. Anyone who has a conscience! Please help me and my husband. Please help us before it’s too late! We lost our income, and all the assets we had. I cannot afford my family’s living expenses, which makes my husband sad as well, and adversely affects his immune system. He is alone in his cell now. He tries to survive under terrible conditions. We are far from him behind those walls; however, as a family, our soul is captive inside the walls with him. My husband has been left to die, and he is slowly dying.