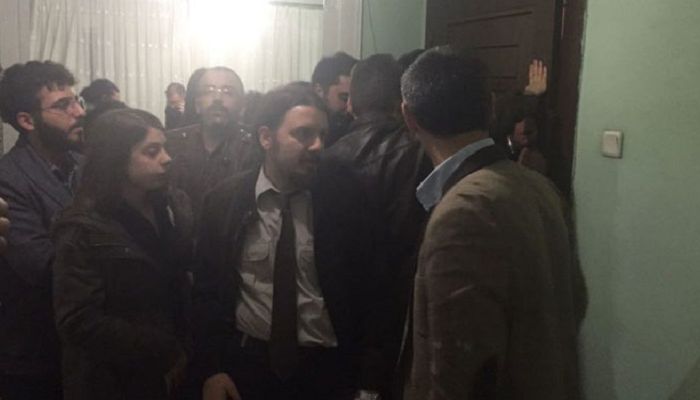 Newly emerged video footage shows the moment a group of Turkish special operations forces raid the leftist People’s Law Bureau in Ankara early on Saturday and detain every lawyer in the room by force.

In the 18-second video, viewed hundreds of times on YouTube and Twitter, special operations members with heavy armor enter the building, breaking into a room, and then begin to detain lawyers who try to protest and resist the soldiers’ ill treatment.

There is currently no further information about the incident or the fate of the detained lawyers. (Turkey Purge)