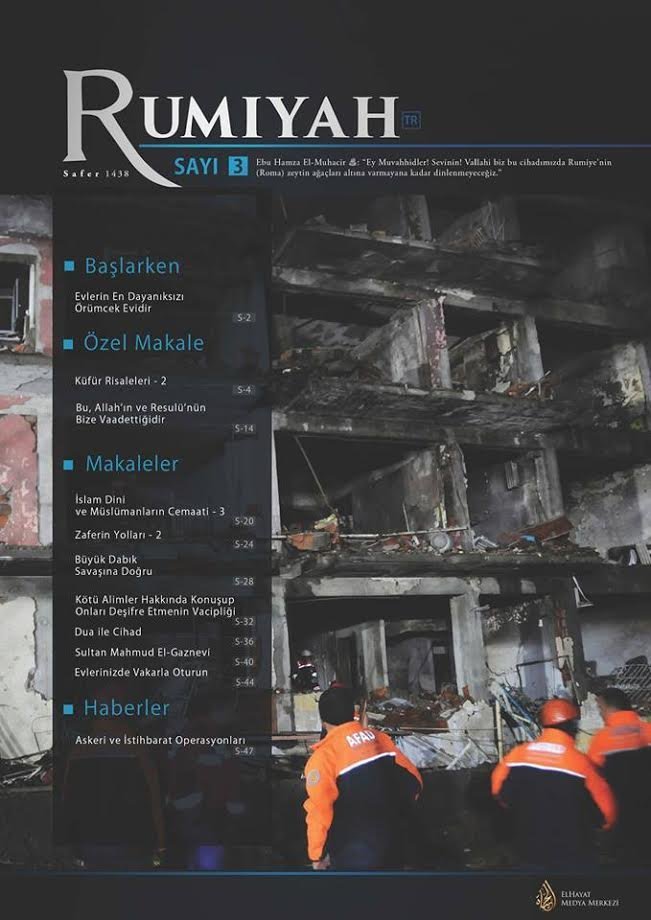 Adding to conflicting claims over the perpetrator of a deadly car bomb attack on Nov. 4 in Diyarbakır, the Islamic State in Iraq and the Levant (ISIL) reclaimed responsibility for the terrorist attack on the cover of its magazine in Turkish.

The Rumiyah magazine published a photo of the Diyarbakır attack on the cover of its last  edition. Despite ISIL’s initial claim of responsibility, the Kurdistan Freedom Hawks (TAK), an offshoot of the terrorist Kurdistan Workers’ Party (PKK), also claimed the attack.

According to a report by Russian news agency Sputnik and Hikmet Durgun, ISIL called on its militants to target the police, soldiers and judges in Turkey, claiming that they are “infidels.” The magazine reportedly wrote that the blood of Turkish soldiers is no different than the blood of dogs.

The car bomb attack in the southeastern province of Diyarbakır had claimed the lives of 11 people as of Friday. There has been confusion over the terrorist group behind the attack. The Diyarbakır Governor’s Office announced last week that the PKK claimed responsibility for the attack. However, Reuters had earlier reported that ISIL was the perpetrator of the Diyarbakır attack, according to an announcement from the group’s Amaq news agency.

A second official statement from the Diyarbakır Governor’s Office said it was the PKK that perpetrated the attack, based on intercepted radio communication of the PKK terrorists.