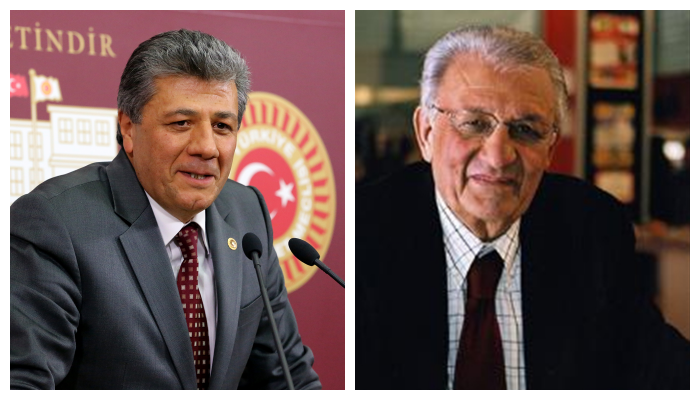 As nine Cumhuriyet columnists and executives were being arrested on Saturday on charges of spreading terrorist propaganda, a senior columnist at the daily argued that former Cumhuriyet columnist Mustafa Balbay and a former executive of the foundation that runs the paper, Alev Coşkun, were behind the operation targeting the paper in cooperation with the government.

Columnist and professor Ahmet İnsel wrote on Saturday in Cumhuriyet that it is not surprising that some former executives of the paper are behind the operation aiming to appoint a trustee to Cumhuriyet, apparently in an effort to regain influence over the paper.

İnsel defined this cooperation between the former Cumhuriyet team and the government as an ¨Islamist-nationalist bloc.” According to İnsel, these people consider themselves the rightful owners of Cumhuriyet.

In the investigation into Turkey’s secular daily Cumhuriyet, the prosecutor made reference to a tweet by Balbay accusing his former paper of being sympathetic to the Gülen and Kurdish political movements. Balbay, who is currently a deputy with the Republican People’s Party (CHP), wrote that at Cumhuriyet, everything from supporting Gülen to the Kurds is free, but writing as a CHP deputy is not. The prosecutor used Balbay’s tweet as “evidence” of exploitation of the newspaper by “terrorist organizations.”

Likewise, following the crackdown on Cumhuriyet, a secular columnist from T24, Yalçın Doğan, wrote an op-ed titled “Are you happy now, Alev Coşkun and Mustafa Balbay?”

Meanwhile, on Nov. 3, government mouthpiece Sabah published testimony by Coşkun accusing Cumhuriyet of acting under the influence of the Gülen movement.

On Monday, detention warrants were issued for 13 journalists from Cumhuriyet on charges of aiding the terrorist Kurdistan Workers’ Party (PKK) and FETÖ.

Police operations targeting Cumhuriyet editors, columnists and executives came after Turkey dismissed a further 10,000 civil servants and closed 15 more media outlets over suspected links with militant groups and Fethullah Gülen. More than 120,000 people have already been sacked or suspended and nearly 75,000 detained and 37,000 arrested since the failed coup attempt in an unprecedented crackdown that Erdoğan says is crucial for wiping out Gülen sympathizers from the state apparatus.