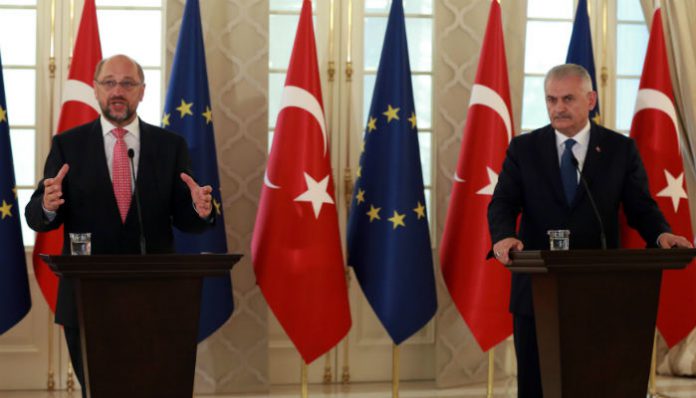 In a phone conversation with European Parliament President Martin Schulz on Saturday amid an increasing crackdown on media and the opposition, Prime Minister Binali Yıldırım argued that European criticism of Turkey is baseless and biased, according to the Anadolu news agency.

While Yıldırım claimed the rule of law is adhered to in Turkey, nine columnists and executives from the Cumhuriyet daily were arrested early on Saturday and nine Kurdish deputies were imprisoned on Friday.

Schulz commented on the detention of the Kurdish opposition members on Friday along with several other European Union representatives, who all expressed concern over increasing pressure in the country.

Since a July 15 failed coup, Turkey has dismissed over 120,000 people from public service and arrested more than 32,000 in an unprecedented purge.