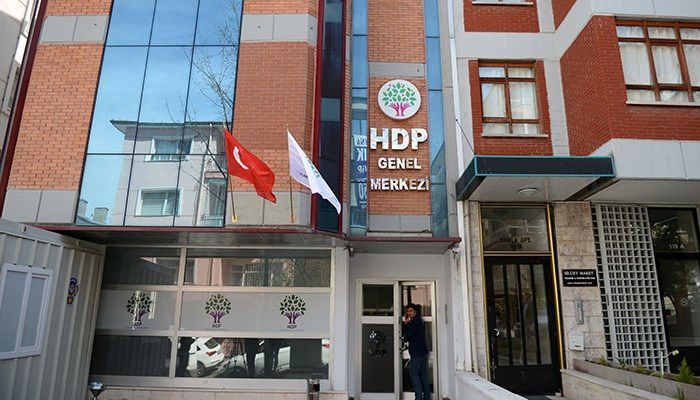 Counterterrorism police in the early hours of Friday morning raided Turkey’s pro-Kurdish Peoples’ Democratic Party (HDP) headquarters in Ankara and conducted a search of the premises while 11 deputies, including Co-chairs Figen Yüksekdağ and Selahattin Demirtaş, were detained in police operations in Ankara and the southeastern provinces.

A video released by the HDP’s official Turkish account shows that HDP deputies were in meetings when the police raided their office.

The Turkish Interior Ministry said detention orders for 13 deputies were issued but that only 11 were detained as two lawmakers were abroad. HDP lawyers had earlier said 15 deputies including Co-chairs Demirtaş and Yüksekdağ were detained after police raided their homes.

Television images showed party officials quarreling with police during the raid, and many police cars and armored vehicles had closed the entrances to the street on which the HDP headquarters is situated.

The HDP is the third largest party in the 550-seat Turkish Parliament, with 59 seats. Deputies in Turkey normally enjoy immunity from prosecution, but the pro-Kurdish party’s immunity was lifted in June of this year.

Turkey accuses the HDP of links to Kurdish militant group the Kurdistan Workers’ Party (PKK), which has been designated a terrorist organization by the United States, the European Union and Turkey.