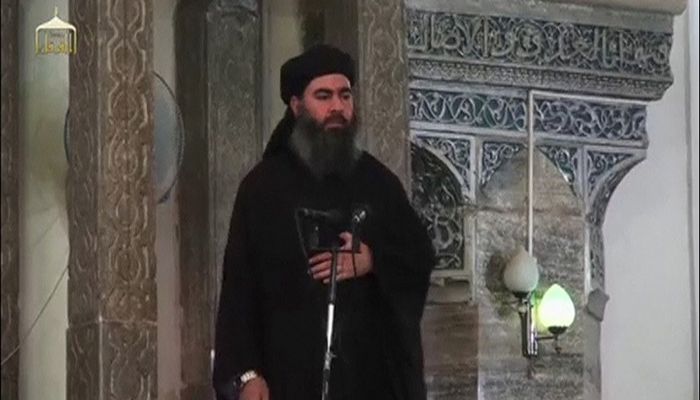 Terrorist Islamic State in Iraq and the Levant (ISIL) leader Abu Bakr al-Baghdadi called on his followers to carry out attacks in Turkey and Saudi Arabia, in an audio statement released late on Wednesday.

Expressing confidence in victory against the US-led coalition forces for the offensive to take back the Iraqi province of Mosul from ISIL, Baghdadi said, “This is what Allah and his messenger promised us.”

Condemning Saudi Arabia and Turkey for “cooperating militarily with the infidel nations in the war against Islam and Sunnis in Iraq and Syria,” Baghdadi then called on ISIL loyalists in those countries to attack officials and local security forces.

This is the first appearance of Baghdadi making a statement since December 2015.

According to a report in the Independent on Wednesday, Baghdadi is believed to be inside the city of Mosul. A Kurdish official told the Independent that his government had information from multiple sources that “Baghdadi is there and, if he is killed, it will mean the collapse of the whole system.”