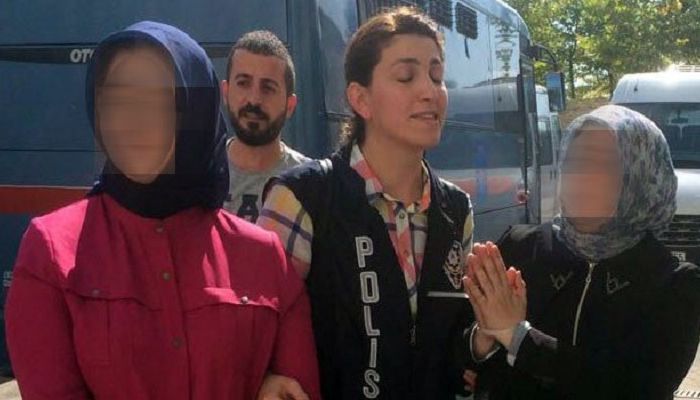 Three sisters-in-law of Adil Öksüz, the prime suspect in a coup attempt in Turkey on July 15, were detained in Sakarya province on Wednesday.

As part of an investigation by the Sakarya Public Prosecutor’s Office into the faith-based Gülen movement, accused by the government of masterminding the failed coup, Öksüz’s sisters-in-law B.N., H.T. and M.Y. were detained in Sakarya. Brother-in-law Ali Sami Yıldırım was previously arrested on charges of links to the Gülen movement.

Öksüz is accused of being the head of the movement’s alleged network within the air force. He was briefly detained after the coup attempt.

The July 15 abortive coup killed over 240 people and wounded more than a thousand others. Immediately after the putsch, the government along with President Recep Tayyip Erdoğan pinned the blame on the Gülen movement.

Meanwhile, the state-owned Anadolu news agency reported on Wednesday that the Ankara Public Prosecutor’s Office has determined that the other person who helped Öksüz to coordinate the coup attempt on the night of July 15 was Kemal Batmaz.

CCTV video footage from the 143rd fleet at Ankara’s Akıncı Air Base shows that Batmaz was also at the base, Anadolu claimed, based on information from the Ankara Public Prosecutor’s Office.