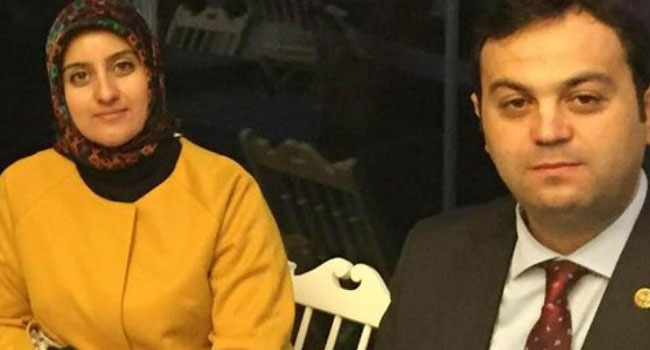 Süleyman Mutlu, the mayor of the Bucak Municipality in the southern province of Burdur, who is from the Justice and Development Party (AKP), was arrested on Tuesday over alleged links to the faith-based Gülen movement, while his wife was released on probation as part of the same investigation.

Police teams detained Mutlu at the municipal building in Bucak, and his wife Mine was detained at the couple’s home on Monday.

The mayor was arrested by a court after his interrogation by a prosecutor, while the prosecutor released Mine Mutlu on probation.

As he was being taken to Burdur Prison, Mutlu told those waiting for him outside the police station: “I performed my job with honor. I was also in the streets after July 15 [referring to people protesting a failed coup attempt]. I fought against terrorism until the very end. … But I have seen that there are some traitors among us. I will not bow to them. … This country has a valuable party in the AKP. We will stand up for this valuable organization together.”