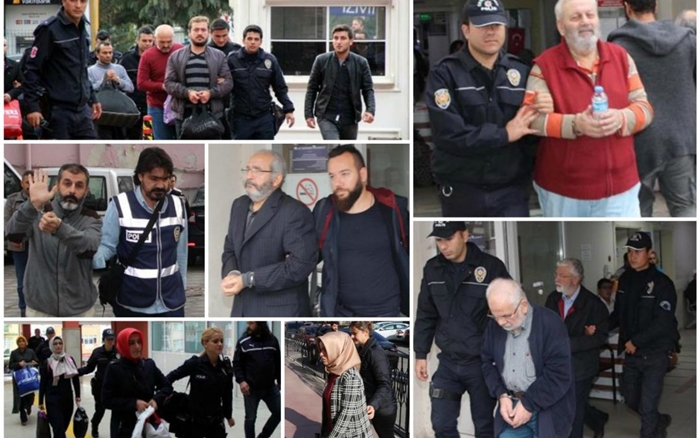 At least 77 people were arrested, while 135 others were detained on Monday, according to Turkish news agencies.

Police carried out the operations in at least 21 provinces across Turkey. With most of the arrestees being teachers, those arrested over the past day also included civil servants, police officers, doctors, health personnel, an academic and a courthouse worker.

Among those detained are teachers, civil servants, courthouse personnel, lawyers, small business owners, a psychologist, a municipal mayor and a businessman.

The victims of Monday’s operations carried out as part of the massive purge have been added to the already-enormous group of people who have been either detained or arrested since July 15.

More than 110,000 people have been purged from state bodies, over 80,000 detained and some 35,000 arrested since the coup attempt. Arrestees include journalists, judges, prosecutors, police and military officers, academics, governors and even a comedian. Critics argue that lists of Gülen sympathizers were arranged prior to the coup attempt.