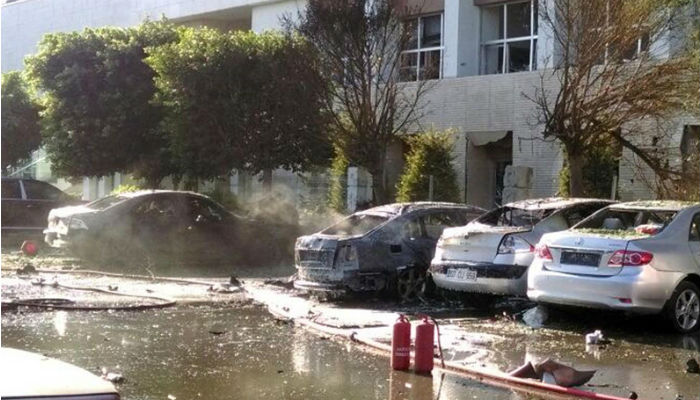 Ten people were injured in an explosion that occurred in the car park of the Antalya Chamber of Commerce and Industry in southern Turkey on Tuesday morning, the local governor’s office has announced.

The wounded sustained only minor injuries from broken glass, it said.

The cause of the explosion, which occurred at about 8:50 a.m., was unclear.

Antalya Mayor Menderes Türel told media outlets that the explosion might have been an accident as no one was in critical condition. However, Türel did not rule out the possibility of a terror attack, either.

Meanwhile, Antalya Chamber of Trade and Industry Chairman Davut Çetin said the incident might have been caused by the explosion of a vehicle with an LPG system.

Photos from the scene showed a destroyed vehicle as well as other slightly damaged vehicles and buildings in the area.

In the meantime, a gag order regarding the explosion was issued by a local court in Antalya on Tuesday.