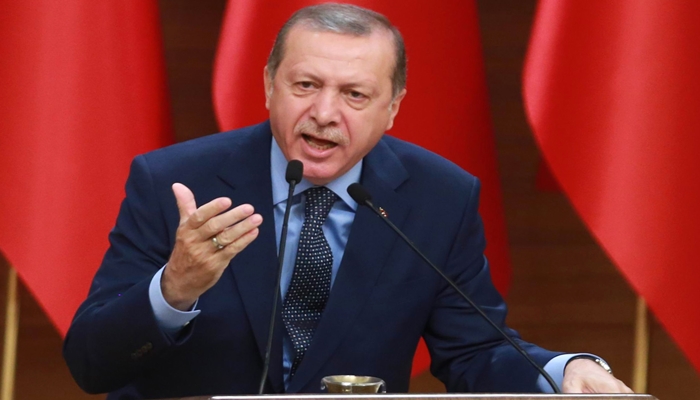 Turkish President Recep Tayyip Edoğan said on Saturday that the Turkish military would “walk all over” the Syrian city of Al Bab in order to create an area free of terrorists.

Speaking in the İnegöl district of Bursa province, Erdoğan evaluated the situation in northern Syria, where the Turkish military and Free Syrian Army militias have been engaged in an operation against Islamic State in Iraq and the Levant (ISIL) terrorists since Aug. 24.

“Now they say don’t go to Al Bab. We have to. We will go. Why? Because we have to render an area there clear of terrorists,” said Erdoğan in reaction to calls that the Turkish military stop expanding is operations in northern Syria.

Underlining that Turkey is ready to go to Raqqa as well, Erdoğan said: “If coalition forces are ready to act together, we will do the necessary against Daesh [ISIL] in Raqqa. But not with the Kurdish Democratic Union Party [PYD] or the People’s Defense Units [YPG]. With America and coalition forces. We will not take terrorist organizations with us.”