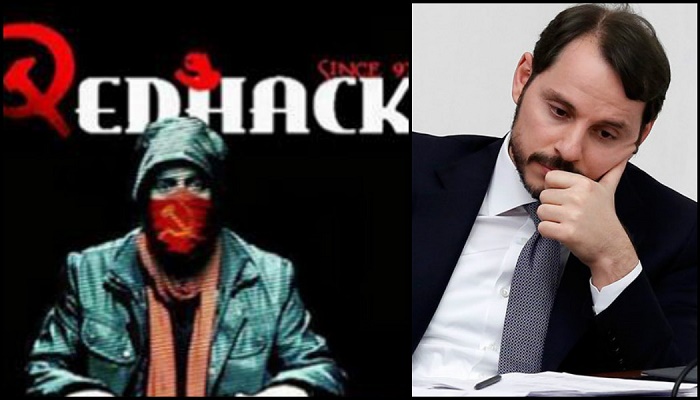 On Saturday both services issued SSL errors, indicating interception at the national and ISP level, according to TurkeyBlocks, a website monitoring Internet freedom in Turkey in real time.

“After technical analysis and legal consideration based on Law No. 5651, [an] ADMINISTRATION MEASURE has been taken for this website (drive.google.com) according to Decision No.490.05.01.2016.-156393 dated 08/10/2016 implemented by [the] Information and Communication Technologies Authority,” TurkeyBlocks quoted the statement released by the BTK as saying.

Three weeks ago RedHack announced that it had hacked the email account of Energy Minister Berat Albayrak, who is also the son-in-law of President Recep Tayyip Erdoğan, and warned that it would disclose 20GB of content if its demand for the release of two Kurdish and leftist writers from prison was not met.

After its demand went unheeded, the group began to disclose classified information that reveals a web of murky business and political relationships. In one important email, Albayrak confirms Turkey’s tacit support for the terrorist Islamic State in Iraq and the Levant  (ISIL) by keeping weapons supply routes and jihadi crossings to Syria open.

In a series of emails, correspondence between Doğan Media Group Director General Mehmet Ali Yalçındağ, who is also the son-in-law of Aydın Doğan, and President Erdoğan’s Executive Assistant Hasan Doğan, Berat Albayrak and his brother Serhat Albayrak shows how the media readjusted and reshaped its editorial line and media coverage in line with the government’s needs and whims.

Yalçındağ left his position after the revelations.