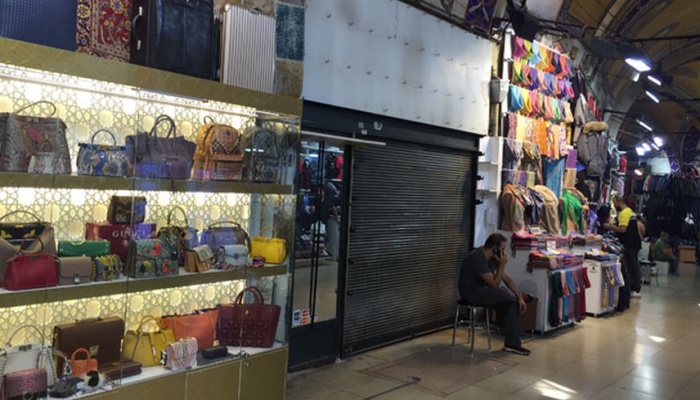 At least 600 shops out of 3,600 have closed in İstanbul’s historic Grand Bazaar as tourism slumped significantly this summer after Turkey experienced a bloody coup attempt and a deadly attack at İstanbul International Airport.

Most shopsin the Grand Bazaar, which hosts millions of tourists every year, depend heavily on visitors from all over the world. But the decline in the number of tourists visiting Turkey has also affected the historic complex.

Merchants who rented shops are now quitting the trade en masse. Speaking to the Hurriyet daily, head of Grand Bazaar shop owners association Hasan Fırat estimated that the number of closures will reach 1,000 by the end of this month. He says merchants are unable to pay high rents, leading to more and more closures of shops in the Grand Bazaar, which once used to see as many as 500,000 visitors a day.

The number of closures will total 1,500 at the end of this year, he foresees. The startling numbers paint a picture of stagnation for the future of the economy.

The effect can also be seen in another tourist spot, İstiklal Avenue, where dozens of shops have closed.