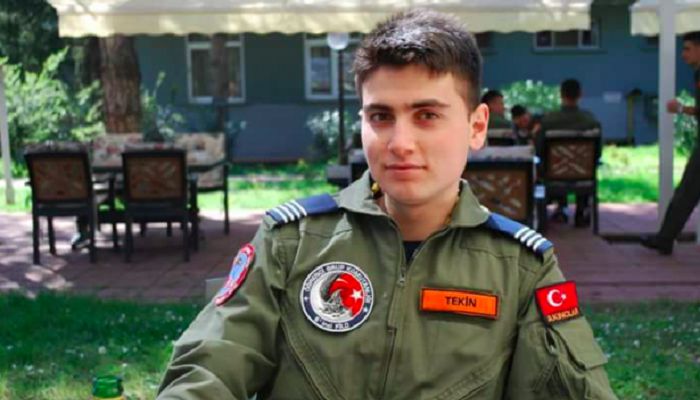 Despite a relentless crackdown against any questioning of the government’s narrative regarding what really happened during a failed coup on July 15, second-year air force student Murat Tekin’s throat was slit by an angry mob, his sister has claimed, backing up her allegation with an autopsy report.

Graphic video footage showinga soldier lying on the Bosporus Bridge in a pool of blood was widely circulated on social media in the aftermath of the coup attempt. While many said the soldier’s throat was slit because of his involvement in the coup, pro-government media outlets and social media users either refused to accept the allegation or claimed that the video and accompanying images were from a separate terrorist explosion.

Mehtap Tekin, the grieving sister, sent a letter to the Çağdaş Ses news platform on Oct. 4 claiming that an autopsy on the body of her slain brother proved that her brother was killed with a knife.

“We are taking you to the most realistic military exercise that you have ever seen,” commanders at the military school told students, according to Mehtap Tekin.

Twenty-one-year-old Murat Tekin had studied at Işıklar Military High School in Bursa for five years and then enrolled in the Air Force Academy in Istanbul last year, his sister said, adding that neither Murat nor his classmates was even aware of the coup attempt until they were in the middle of it.

Mehtap said friends of her brother told her about the night and how they were convinced they should gather on the Bosporus Bridge.

Some students were told that eight suicide bombers had been on the Istanbul streets, and some were told that the president had been arrested, according to Murat’s friends.

“With traumatic lesions and stab wounds detected on his body, the person in question was found to be killed due to pressure on his throat and mechanical asphyxia,” Mehtap quoted the autopsy on her brother as saying.

“I asked one of my doctor friends to help me understand the report more clearly, and she said: “He was battered, stabbed and asphyxiated before he was killed. Someone taped his mouth and someone put pressure on his throat. This is not the kind of trauma that is caused by only one person’,” Mehtap said.

She also said imams, who work for the state, refused to attend the funeral of her brother.