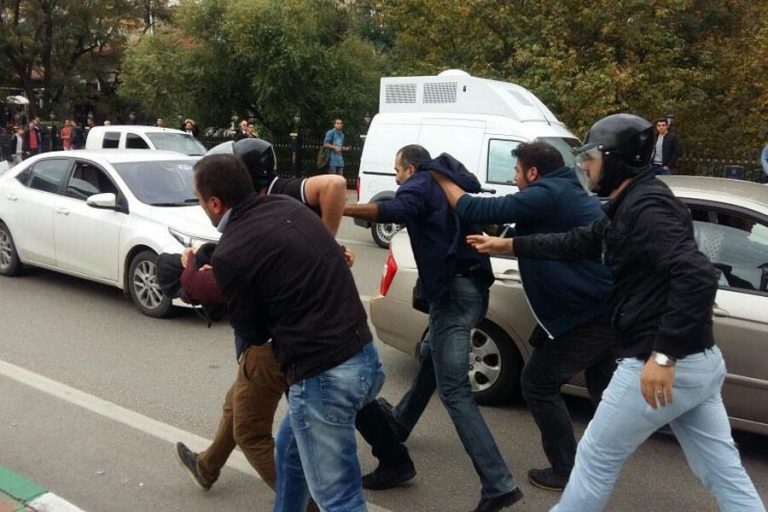 As many as 36 people were detained in Bursa province on Sunday as they gathered to commemorate the victims of a terrorist attack in Ankara one day before its first anniversary, Turkish media reports have said.

A total of 104 people were killed and more than 400 were injured on Oct.10, 2015 when two Islamic State of Iraq and the Levant (ISIL) suicide bombers blew themselves up outside Ankara’s central train station during a demonstration calling for peace in the country. It was the biggest terrorist attack in the history of the Turkish Republic.

On Sunday, a group of protestors wanted to hold a march in Bursa to commemorate the  victims of the Ankara attack. They were accompanied by some opposition deputies as well, however, the police interfered in the protestors on the grounds that their march was against the state of emergency law. A state of emergency was declared in Turkey in the aftermath of a coup attempt in July.

The police then began to use force against the protestors, causing some of them to be injured and detaining 36.

On Saturday, Turkey prohibited any mass meeting, protest or march organized to commemorate the victims of the Ankara attack.