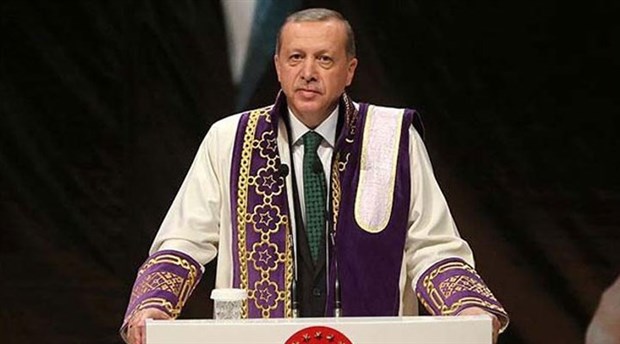 Ceremonies marking the opening of every academic year will from now on be held at the presidential palace in Ankara rather than being held at universities, a pro-government daily announced on Sunday.

The first of such ceremonies will be held at the presidential palace on Oct.18 and attended by university rectors of all the state-run and private universities in Turkey and around 2,000 university students, according to the pro-government Sabah daily.

President of the Higher Education Board (YÖK) Yekta Saraç told the daily that YÖK wants the academic year opening ceremonies at the presidential palace to be a tradition.

“Academic year opening ceremonies will be like a festival,” he said.

Last month, a ceremony marking the opening of the new judicial year was held at the presidential palace for the first time, causing widespread controversy. It was protested by the main opposition leader and the head of the bar association because of the venue of the event. Critics said the ceremony turned into a display of judicial support for President Recep Tayyip Erdoğan and overshadowed the independence of the members of the country’s judiciary.