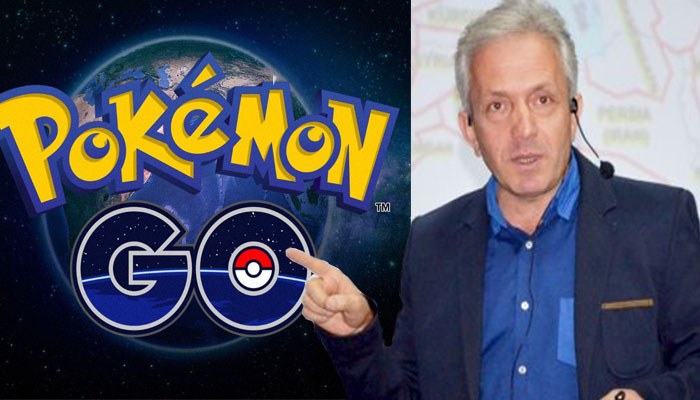 A history professor from Turkey’s Sakarya University said at a conference on Thursday that people who are entertained by Pokémon Go are not actually chasing virtual creatures in the real world but rather are “betraying their country” by acting as spies.

Speaking during a conference in Malatya province, Professor Ebubekir Sofuoğlu said: “What would police do if a spy comes here and attempts to take pictures of Malatya’s streets, crossings, public institutions and military buildings? They would apprehend and deport him. You don’t even need to go to that extreme because we are all taking pictures of all those places and uploading them to the system on Pokémon Go. Some countries have already banned this kind of thing.”

Urging authorities to ban Pokémon Go and similar games, Sofuoğlu also said that youths must free themselves from their chains and described mobile phones as “electronic handcuffs.”

In July Mehmet Bayraktutar, the head of Turkey’s union of imams, Diyanet-Sen, proposed a ban on the game, saying it was undermining reverence for Islamic holy places as gamers were trying to catch Pokémons in a variety of public spaces, including mosques.