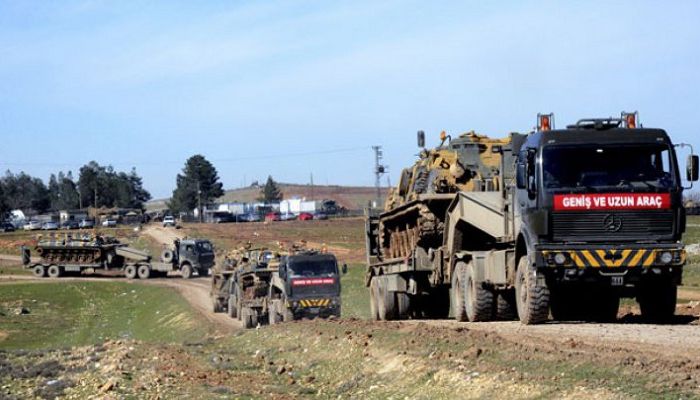 Iraq has requested an emergency UN Security Council session over the presence of Turkish troops at the Bashiqa army base north of Mosul in northern Iraq, an Iraqi Foreign Ministry spokesman said on Thursday.

Ahmad Jamal, Iraq’s Foreign Ministry spokesman, said Baghdad is asking the Security Council for an emergency session to discuss “Turkish violations on Iraqi soil and interference in its internal affairs.”

Jamal said Iraq also asked the council to “shoulder its responsibility and adopt a resolution to end to the Turkish troops’ violation of Iraq’s sovereignty” and “intensify international support” ahead a major Iraqi military operation to take back Mosul from ISIL militants.

Turkish Prime Minister Binali Yıldırım had insisted earlier on Thursday that Turkish troops would remain in Iraq despite increasing tensions with Baghdad ahead of operations to retake Mosul from the terrorist Islamic State in Iraq and the Levant (ISIL).

Underlining that Baghdad’s reaction was not in “good faith,” Yıldırım cited the presence of troops from 63 other countries and added, “it is unreasonable [for the Iraqi government] to focus on Turkey’s presence.”

“No matter what the Iraqi government in Baghdad says, a Turkish presence will remain there to fight against Daesh [ISIL] and to avoid any forced change of the demographic composition of the region,” Yıldırım said.

Turkey has an estimated 2,000 troops in Iraq, around 500 of them at the Bashiqa camp in northern Iraq training Iraqi fighters who hope to participate in the battle to recapture Mosul, according to the Turkish media.

US State Department Deputy Spokesman Mark Toner on Wednesday urged Turkey to respect Iraq’s sovereignty and territorial integrity soon after the Iraqi prime minister warned Turkey not to trigger a regional war by maintaining a military presence in Iraq.

Answering a question during the daily press briefing in Washington, D.C., on Wednesday, Toner said: “All of Iraq’s neighbors need to respect Iraqi sovereignty and territorial integrity. That’s the premise of the counter – the global counter-ISIL coalition that it operates under in Iraq, and we expect all of our partners to do the same.