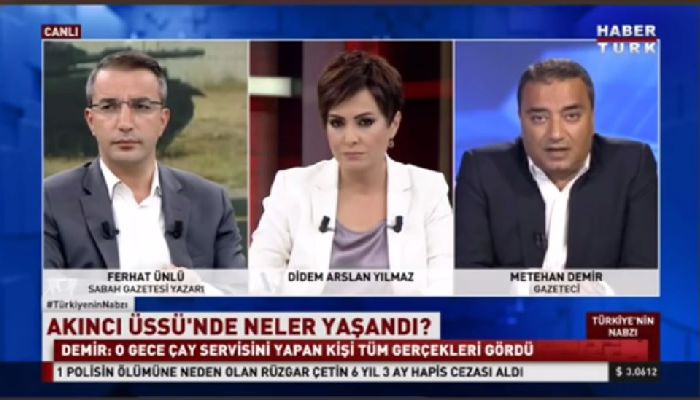 Ünlü stated during the program that he received a tip from a source he trusts that drinking tea is “some sort of code among the movement for clandestine activities.”

“I don’t know if drinking tea has some sort of a secret meaning [within the movement]. But maybe Metehan [Demir] knows about this,” Ünlü said.

In response Demir said: “This sounds like a joke, but we must definitely appeal to the source [to learn about this]. We need to ask him what he witnessed among them [the Gülen movement].”  (Turkey Purge)