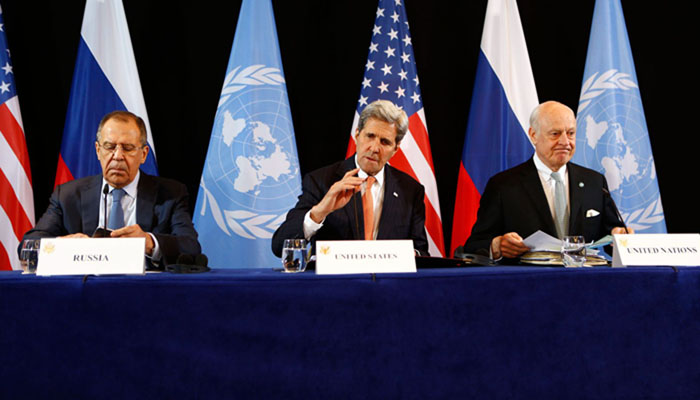 The United States on Monday suspended talks with Russia on implementing a cease-fire agreement in Syria and accused Moscow of not sticking to its commitments under a Sept. 9 deal to halt fighting and ensure that aid reached besieged communities.

In a statement on Monday US State Department Spokesman John Kirby said: “The United States is suspending its participation in bilateral channels with Russia that were established to sustain the cessation of hostilities.”

Experts say that the end of the talks could trigger deeper US consideration of military options such as providing more sophisticated arms, logistical support and training to Syrian rebel groups, either directly or via Arab Gulf states or Turkey.