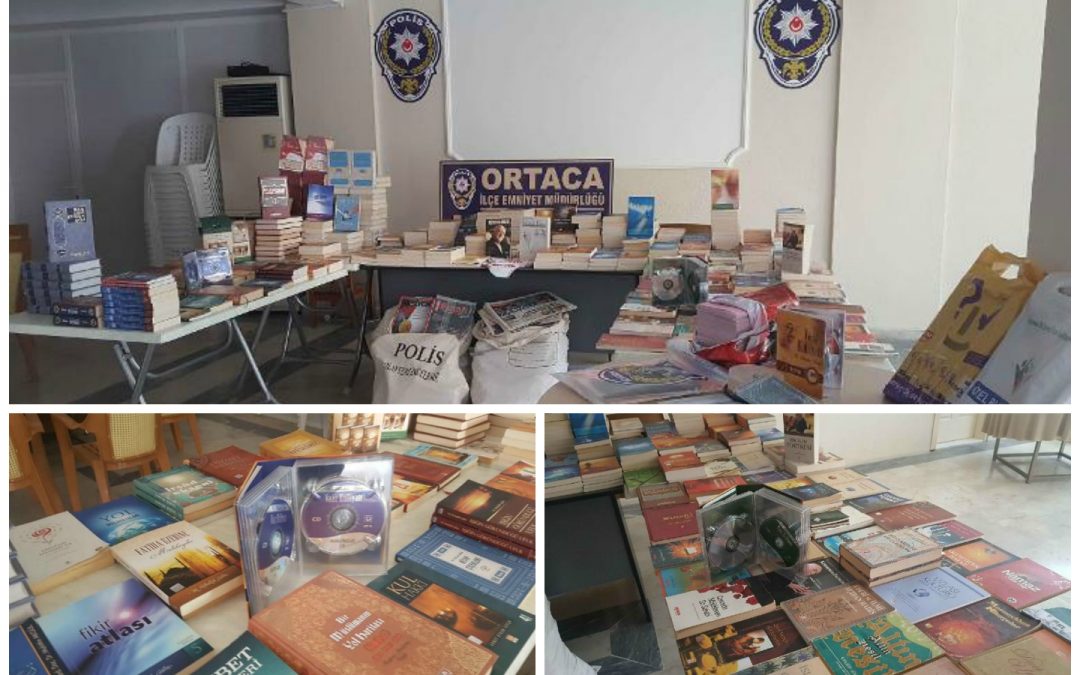 Police in Muğla’s Ortaca district have joined their colleagues elsewhere in Turkey to display seized copies of books written by Islamic scholar Fethullah Gülen as evidence of terrorism.

Ortaca police raided a warehouse belonging to an individual known by the initials E.Ş. and seized 300 old copies of critical newspapers and magazines along with 514 books.

Among the material confiscated by the police were many books by Gülen, CDs featuring speeches of the cleric and clothes stocked for a charity sale. E.Ş. was taken into custody, and the images of the books were widely circulated in the Turkish media.

As the Turkish government pinned the blame for a July 15 attempted coup on Gülen and his movement, books written by the scholar and sympathizers of the movement were banned by a government decree issued under emergency rule.