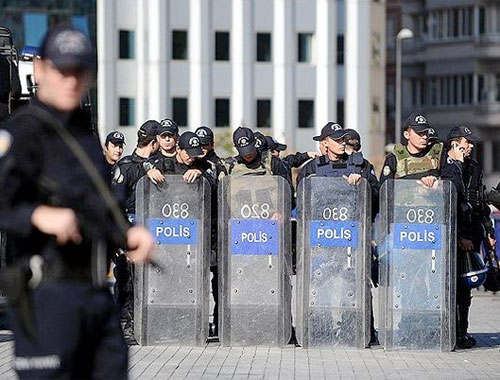 Following an announcement by the Justice and Development Party (AKP) government extending for three months a state of emergency put into effect in Turkey after a failed coup, the opposition parties in Parliament have made statements raising concerns about arbitrary rule in Turkey.

Speaking on behalf of the main opposition Republican People’s Party (CHP), Levent Gök said that ¨the state of emergency is turning into arbitrary rule.¨

The deputy co-chair of the pro-Kurdish Peoples’ Democratic Party (HDP), Meral Danış Beştaş, also criticized the government decision. “The extension means the continuation of unlawfulness, violation of the constitution, torture and maltreatment, pressure on media and de facto one-man rule,” she said in an unequivocal statement.

The decision was announced by government’s spokesperson Numan Kurtulmuş, who also said that the four parties in Parliament were to form a joint commission for decrees that have become contentious issues in the post-coup period. However, CHP deputy Özgür Özel said that they, the main opposition, have heard nothing about such a commission.

The state of emergency has been in the spotlight due to serious human rights violations that were made possible by this rule. President Recep Tayyip Erdoğan had said to a group of Turkish-Americans while in the US in September that thanks to the state of emergency, they, as the government, are able to do things that they could not do under “normal circumstances.”

In a press conference that is traditionally closed to critical journalists, Kurtulmuş said on Monday that the government had submitted “four folders” to the United States regarding their request for the extradition of Islamic scholar Fethullah Gülen, without mentioning anything about the content. The government argues that Gülen is the mastermind of the failed July 15 coup in Turkey despite the lack of credible evidence. Although Gülen inspires millions of peaceful people to perform social services mainly through education and charities, the government argues that he leads a terrorist network they label “FETÖ.” Despite a relentless witch-hunt against the movement, the government has not been able to produce any evidence of terrorism in the last three years.