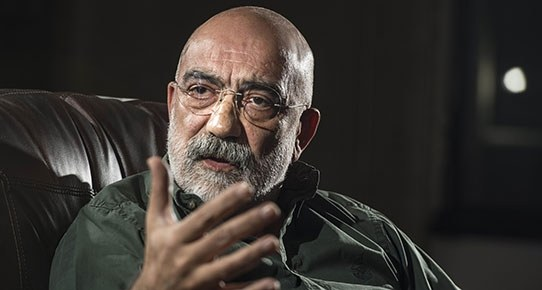 Lawyer Ergin Cinmen, who represents jailed journalist and author Ahmet Altan, has criticized four pro-government newspapers, all of which ran stories on Monday showing Altan as being linked to the faith-based Gülen movement, against which the government has been waging an all-out war for the past several years.

The Sabah, Yeni Şafak, Star and Akşam dailies ran stories on Monday about a meeting Altan had with Alaaddin Kaya, former owner of the now-closed Zaman daily, which was affiliated with the Gülen movement.

Kaya is currently in jail due to his links to the Gülen movement. Ahmet Altan was jailed on Sept. 23 on charges of membership in a terrorist organization. His brother, Mehmet Altan, who is an economy professor and journalist, was also jailed.

The government labels the Gülen movement as a terrorist organization despite lack of any evidence to that effect.

The pro-government dailies, which reported on the 2012 meeting between Altan and Kaya, showed the meeting as a secret one although Altan later talked about it in one of his columns. They claimed that Kaya was Altan’s “senior brother” within the Gülen movement, meaning that Kaya was giving instructions to Altan in line with the movement’s goals. They based their reports on the deposition of a secret witness who spoke to prosecutors investigating the Altan brothers.

Cinmen said due to a confidentiality decision, even Altan’s lawyers cannot see his dossier. He said it is a crime to give the statements of a secret witness to all pro-government dailies by extracting them from a dossier that is designated as confidential.