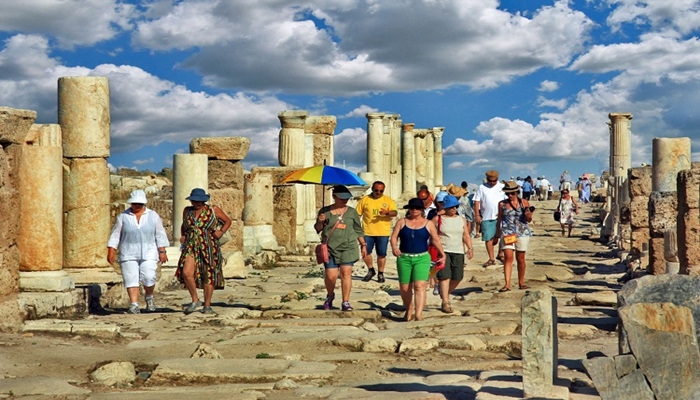 Number of foreigners who visited Turkey in August dropped by 37.96 percent in August compared to the numbers in the same month of last year, Ministry of Culture and Tourism announced on Thursday.

According to the figures released by the Security Directorate General, a total of 3,183,003 foreigners visited Turkey in August. Some 2.63 percent of these foreigners stayed for one day in Turkey. Among the all foreign visitors, 30.47 arrived in Antalya, a tourism resort in Turkey’s south, 28.59 percent in İstanbul, 10.37 percent in Muğla, another tourism resort, 9.13 percent in Edirne and 7.98 percent in Artvin in August.