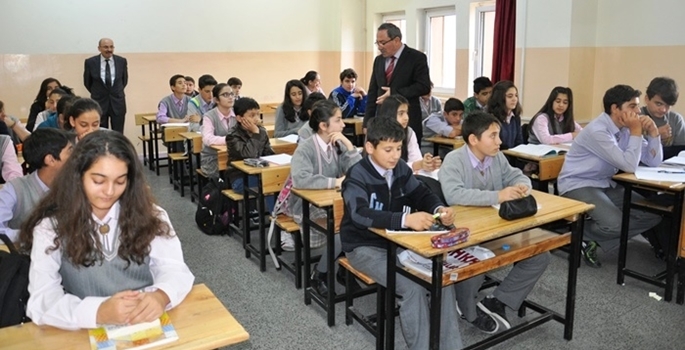 A primary school teacher in the southeastern province of Diyarbakır attempted to convince a Kurdish boy to have his Kurdish name, Biryar, changed to Ramazan, the Turkish version of the Arabic word Ramadan, according to a story in the Cumhuriyet daily on Thursday.

Eğitim-Sen union official Mehmet Nuri Özdemir told Cumhuriyet that a teacher at Mesut Yılmaz Primary School in Diyarbakır wanted to change Biryar’s name to Ramazan, telling him that Ramazan was the name of his best friend.

Özdemir said the teacher also wrote the name Ramazan on the boy’s hand so that he could tell his family about the teacher’s proposal.

When the boy arrived home and talked to his family about his teacher’s remarks, the boy’s uncle, who is one of the hundreds of teachers suspended from their posts due to alleged links to the terrorist Kurdistan Workers’ Party (PKK), went to the school with the boy to talk to the teacher.

The school administration reportedly refused to allow Biryar’s uncle to meet with the boy’s teacher and when the uncle insisted, he saw the teacher and asked him how he could dare to propose a name change for his nephew.

In response, the teacher said he was just joking and that there was no need to politicize the issue.

Until a short time ago it was legally impossible for Kurdish families in Turkey to give their children Kurdish names.