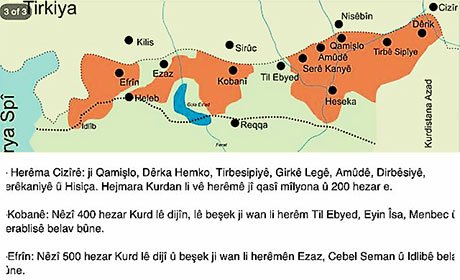 A leaked email belonging to Berat Albayrak, Turkey’s energy minister and son-in-law of President Recep Tayyip Erdoğan, shows weapons supply routes to the terrorist Islamic State in Iraq and the Levant (ISIL) through the Turkish border, in a tacit acknowledgement of Turkish support for the extremist group.

Albayrak’s email account was hacked by RedHack, a Turkish Marxist-Leninist-Maoist computer hacker group on Friday, and the group threatened to disclose 20 GB of secret information if the Turkish government failed to release Alp Altınörs, deputy co-chairperson of the pro-Kurdish Peoples’ Democratic Party (HDP), and prize-winning novelist and journalist Aslı Erdoğan by Monday.

The email was shared among a number of persons, including Cüneyt Arvasi, Halil Danışmaz, executive director of the Turkish Heritage Organization, a pro-Justice and Development party (AKP) institute in the US, Energy Minister Albayrak and his brother Serhat Albayrak.

The email provides information to the energy minister and says that ISIL will launch full-scale attacks in northern Syria against Kurdish militias that Turkey views as the enemy, after the August 2014 presidential elections in Turkey.

Maps of arms supply routes and jihadist crossings through the Turkish border to Syria are also attached to the email, the content of the email shows.

In a striking comment, the email says the war between the Turkish Armed Forces (TSK) and the Kurdistan Workers’ Party (PKK) had turned into another fight in Syria between ISIL and Kurdish militia the People’s Protection Units (YPG). The YPG is the Syrian extension of the PKK, which is listed as a terrorist organization by the US, the EU and Turkey.

In 2014, there was no actual fighting between the TSK and the PKK as a truce declared in 2013 was still in place despite some problems. The fragile two-year cease-fire collapsed last summer.

Just weeks before the Nov. 1 parliamentary elections last year, the energy minister said in an email sent to an advisor of President Erdoğan that the government has mostly lost the Kurds due to an escalation in the fighting in Turkey’s Southeast.

The PKK’s decision to bring the war to cities and towns triggered an intensification of fighting between security forces and the terrorist group, reducing cities to rubble.

The government’s heavy-handed response also worsened the conditions of civilians trapped in the urban fight.

Albayrak shared with the advisor a draft of field research conducted by the pro-government SETA think tank titled “Kurdish People and Turkey”.

“This is a draft version of field research about Kurds’ tendencies. Not the final version. We seem to have lost the Kurds. This is done. May Allah help our final situation,” Albayrak wrote.

Another field survey measuring voter behavior across the region shows that prior to the Nov. 1 elections, the pro-Kurdish Peoples’ Democratic Party (HDP) had won 67.7 percent of the vote, while the AKP garnered 23.1 percent. The figure fueled government fears, but the election results saw the ruling AKP recoup some of the losses it sustained in the June 7 elections.