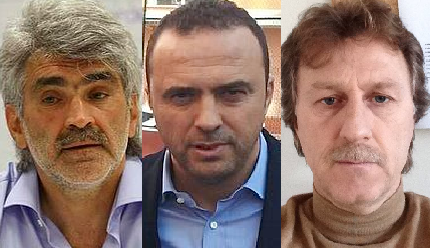 Former Galatasaray footballer İsmail Demiriz, who was briefly detained earlier this month for his alleged links to the faith-based Gülen movement, was detained again in İstanbul’s Bakırköy district on Thursday.

As part of an ongoing witch-hunt against the Gülen movement, arrest warrants were issued last month for former Galatasaray footballers Hakan Şükür, Arif Erdem and Uğur Tütüneker as well as Demiriz due to their alleged links to the movement.

Demiriz and Tütüneker were briefly detained earlier this month, while Erdem and Şükür are currently out of the country.

Demiriz was detained again after an İstanbul prosecutor objected to his release.

Despite Turkish Islamic scholar Fethullah Gülen, who inspired the movement, and the movement having denied the accusation and calling for an international investigation, Erdoğan — calling the coup attempt “a gift from God” — and the government launched a widespread purge aimed at cleansing sympathizers of the movement from within state institutions, dehumanizing its popular figures and putting them in custody.