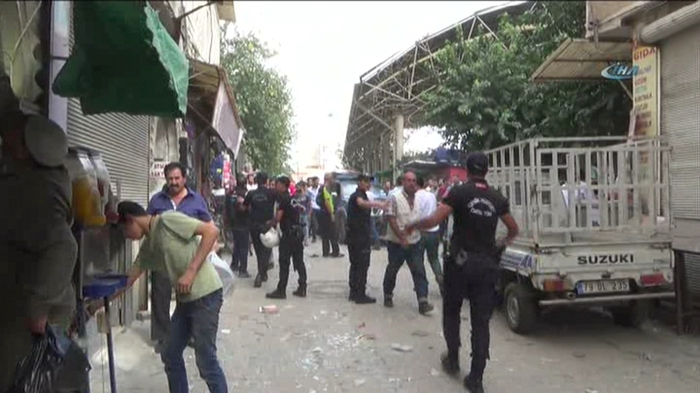 Six people, all Syrian nationals, were injured after a rocket fired from northern Syria hit a local bazaar in Turkey’s southern border province of Kilis, İsmail Çataklı, the governor of Kilis, announced on Thursday.

Çataklı said five of the injured were children, while one of them was a woman.

Ambulances rushed to the scene and transported the injured to nearby hospitals.

No group has claimed responsibility for the attack.

Kilis, which is home to a large number of Syrian refugees exceeding even its own population, has repeatedly suffered from cross-border shelling. The rockets became an almost daily occurrence in the small province where locals have been calling on authorities for more security measures.